Airbnb invests in Oyo in Series E funding round 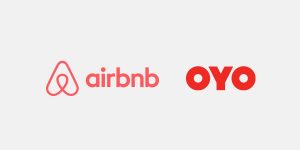 Airbnb Inc., the world’s largest home-sharing platform invested in India’s budget hotel startup, Oyo as part of its Series E funding round. The Airbnb-Oyo deal will allow Oyo’s 10,000 villas and homes in India, Dubai and other markets to be listed on the Airbnb platform. It will expand Oyo’s international reach and strengthen Airbnb’s presence in Asia. The Airbnb-Oyo deal will make Oyo accommodation available on the Airbnb platform.

The home-renting company is adding hotels to its listings inventory as part of a strategy to attract travellers who find renting a home from a stranger risky. Airbnb becomes the third successive strategic investor to buy a stake in the Gurgaon-based company.

As per the company’s data, Oyo is currently present in over 259 cities In India with 8,700-plus buildings and manages over 173,000 rooms under its brand. In China, subsidiary Oyo Jiudian is present in 280 cities, operating more than 5,000 hotels and 260,000 rooms as of January this year. It runs a mix of franchised and leased properties in the country.

Globally Airbnb has almost 6 million listings across 81,000 cities in 191 countries. India has become an important market for Airbnb with 47,000 properties listed in India.

Oyo raised around $800 million from Japan’s SoftBank Group Corp. last year as part of the Series E funding, which was followed by infusions from Chinese ride-hailing giant Didi Chuxing and Asian ride-hailing giant Grab. This round valued the company at around $5 billion.

Its no more Airbnb vs Oyo. It is Airbnb and Oyo.