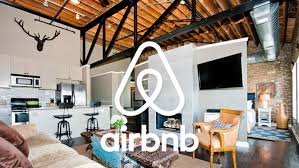 Airbnb are fundamentally offering hotel rooms with living rooms and kitchens that can only be booked through the Airbnb platform, representing Airbnb’s biggest move yet into the traditional hotel space.

The two companies Airbnb & RXR Realty are starting with the iconic Rockefeller Plaza in Manhattan, converting ten floors into “high-end apartment-style suites.” They are also exploring collaboration at other RXR properties, including a development across from the Brooklyn Navy Yard.

Airbnb has partnered with property developers in the past on Airbnb-branded apartment complexes, but with its RXR partnership, Airbnb is for the first time collaborating on hotel-style units.

In a press release, Airbnb and New York real estate developer, RXR Realty say they will collaborate on design and services. RXR will be responsible for the execution and management of the locations, while the Airbnb platform will be used to market and book rooms. A third-party operator will manage daily operations.

The press release says that the RXR-Airbnb project will be in compliance with union and operating regulations, including that of the New York Hotel Trades Council. New York City is Airbnb’s largest market in the United States. But the company and other home-sharing services are contending with restrictions on short-term rentals and potential regulations that would require them to disclose detailed information about tens of thousands of listings.

In recent years, Airbnb has expanded its offerings to include boutique hotels and luxury properties as it works with regulators and faces increasing competition from online travel agencies and hotels. It now bills itself as an “end-to-end travel platform”.

In March, it announced plans to acquire hotel-booking site HotelTonight to bring more inventory onto the platform and compete better against major traditional hotel chains. Airbnb co-founder Nathan Blecharczyk recently said that while the start-up is taking steps to be ready to go public this year, “that doesn’t mean we will go public in 2019.”

But when it does eventually tap public markets, the start-up wants to be seen as a “super brand” of travel. It launched Trips, an experiences platform, in 2016; partnered with Resy on restaurant reservations and even thought about adding flight bookings.