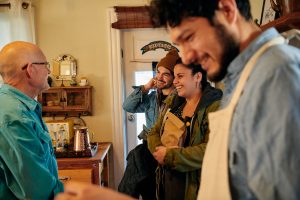 Airbnb has welcomed more than four million people on 10 August 2019.  To date, there have been more than half a billion guest arrivals at unique homes and properties all over the world since the company was founded in August 2008.

At Airbnb, our mission is to create a world where anyone can belong anywhere. From the beginning, we saw how Airbnb can help people feel that they belong, and through offline interactions, turn strangers into friends. We’re proud to be building communities, one host, one guest, and one experience at a time,” said Mike Orgill, General Manager for Southeast Asia, Hong Kong and Taiwan, Airbnb.

Today, approximately 26,000 connections have been made via the Airbnb platform, and by the end of 2019 more than 30,013 connections are expected to be made as the platform grows even further.

With the current presence of the Airbnb platform in 245 countries and regions, it is mathematically possible for there to be 60,025 place-to-place connections. By the year 2027, Airbnb predicts that there will be in excess of 50,000 connections.

These connections are made possible in part because of the size, scope and scale of Airbnb’s global network. There are more than six million Airbnb listings in over 100,000 cities, which is more listings than the top seven hotel chains have rooms.

As outlined in a recent report, much of Airbnb’s fastest growth is occurring in emerging destinations, propelled by a rising demand for travel to places across Asia Pacific, Africa, and Latin America.

In addition to opening the world up for travelers to experience new destinations and cultures, hosts have also benefited from this incredible global growth. In just the past year, there are 33 different cities where hosts have earned a combined total of more than USD100 million per city by hosting on Airbnb.

Pim, an Airbnb Host in Thailand, shared, “Airbnb has created an opportunity to meet people from all around the world. It makes me understand that different cultures can live together. We can be happy, we can share, we can have good memories together no matter where you come from.”