Airbus discontinuing production of A380 Superjumbo 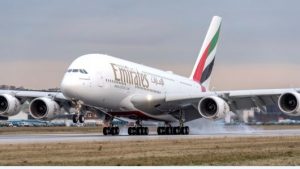 Airbus SE has decided to discontinue the production of A380 double-decker after a dozen years in service, burying a prestige project that won the hearts of millions of passengers, but never the broad support of airlines that instead preferred smaller, more fuel-efficient aircraft.

The production of the A380 jumbo jet will end by 2021, after the A380’s biggest customer, Emirates, and a handful of remaining buyers receive their last orders. This Gulf carrier will pare down its current A380 order to 14 from 53, Airbus said in a statement.

Emirates said separately it would purchase 70 smaller A330neo and A350 widebodies listed at $21.4 billion before customary discounts.

Airbus Chief Executive Officer Tom Enders said that the announcement of discontinuation of the production of the A380 is painful to them and A380 communities worldwide. Airbus said as many as 3,500 jobs are affected by the decision.

While the A380 has struggled for years to match its popular appeal with a robust order book, the radical move to cancel the plane outright marks a watershed moment for civil aviation. The A380 was always more than an aircraft, albeit a very large one.

Rather, it was the manifestation of Europe’s collaborative drive and the industrial ambitions of the continent. For Airbus, the airliner sought to create a commanding counterweight to Boeing Co., promising unparalleled space and luxury for increasingly congested airports and the skies above.