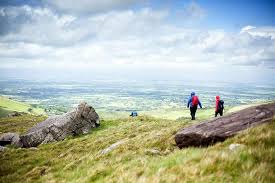 Domestic flight fares in Canada have decreased by at least 19 per cent overall this Canada Day weekend from the same time last year, and hotel rates have decreased two per cent, as per the data compiled by Kayak.

In terms of the price changes, there are a lot of different factors that go into that, feels Steve Sintra, Kayak’s country manager for Canada who shared the statement with a leading news media.

He went on to add that new routes from major carriers, and the introduction of a new low-cost carrier as contributing factors.

The travel site analyzed searches made between Jan. 1, 2018 and May 29 for travel between June 28 and July 3, and compared it with similar dates last year.

Sintra noted that while data for Canada Day weekend is the most recent, there’s been a general trend lower for domestic fares all year.

Travel search site Expedia discovered similar trends, with fares to Edmonton, Vancouver, and Gaspe showing the biggest decrease year-over-year for this weekend (all were roughly 20 per cent cheaper).

The company also found out that the search volume for Ottawa was roughly 70 per cent lower compared to last year’s Canada Day long weekend when there was a big tourism push for Canada 150 celebrations.

There was more interest for travel to Toronto this year, Expedia and Kayak found.

Toronto was the most popular place to book flights this year for six provinces –  Manitoba, New Brunswick, Newfoundland and Labrador, Nova Scotia, Prince Edward Island, and Saskatchewan – Kayak found, as hotel prices on average dropped 14 per cent, sitting around $267 per night on average, and flight fares dipped three per cent.

Interest in low-cost carrier destinations rose sharply for some Canadians as more competition entered the market.