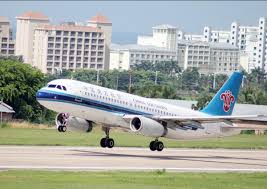 Chinese airlines in post coronavirus time are rolling out a series of deals to attract travelers in the run-up to Labour Day — the first major holiday since the nation came to a standstill due to Covid-19.

It is according to the Civil Aviation Administration of China, recording a loss of RMB39.8 billion ($5.6 billion) in the first quarter of 2020,  the country’s aviation industry is taking its first steps toward recovery as lockdown measures ease.

According to VariFlight’s data, the airline operations in mainland China plummeted over 80% between the end of January and February. The domestic flights began to rebound in mid-February and as of this week have risen to almost half of pre-COVID 19 levels.

Coming as a further sign of the market’s recovery, regional carriers including Guizhou Airlines, Air Guilin and Hainan Airlines are all adding new domestic routes for the summer and fall seasons in anticipation of passenger demand.

For now, airlines are focused on the upcoming Labor Day holiday, from May 1-5. Some airlines have been offering wild deals — dubbed “bok choy-price” tickets by local media because they’re as cheap as vegetables — on domestic routes to attract fliers.

China Southern Airlines’ Xinjiang branch is offering multiple routes at just 10% to 20% of their original prices. A search on Fliggy, one of the major online travel booking platforms in China, indicates that a ticket from Beijing to Yantai in Shandong province (about 700 kilometers in distance) in June costs only RMB80 ($11) — about 90% off its usual price.

According to state-run financial news website Shenzhen Airlines offered flights from Shenzhen to Chengdu for a staggering RMB5 ($0.7) in early March. Meanwhile, Shandong Airlines introduced a campaign in April, selling 20,000 “Magic Boxes” for RMB199 ($28) each.

Unlike a normal voucher, these magic boxes can only be unlocked during two specific periods during the fourth quarter of this year and can be exchanged for any domestic tickets at any price value.