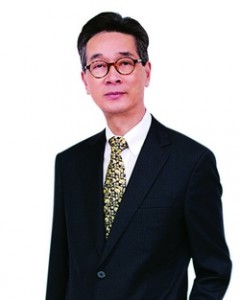 Airport Authority Hong Kong today announced that it has acquired the rights and equity interest held by IEC Investments Limited, and the ownership of AsiaWorld-Expo Management Limited, at a total price of HK$900 million.

In 2003, in order to develop the AsiaWorld-Expo, the Hong Kong Government, the AA and IEC Investments Limited formed a joint venture company known as Hong Kong IEC Limited, of which the Hong Kong Government was the majority shareholder. After the Acquisitions, the Government continues to own the majority interest of Hong Kong IEC Limited, with the AA being the sole minority shareholder, whereas the AA has become the sole owner of AsiaWorld-Expo Management Limited which manages and operates the AWE facilities.

A spokesperson for the AA said, “While the AA is committed to supporting Hong Kong’s convention and exhibition industry through AWE’s operations, the Acquisitions put the AA in an advantageous position to realise the full potential of the synergy between SKYCITY and AWE, engendered by their proximity to each other and complementary businesses.”

The AA spokesperson added that acquiring the ownership of AsiaWorld-Expo Management Limited would also enhance the overall operational efficiency at the Hong Kong International Airport .

AWE’s Phase 1, opened since December 2005, occupies 11 hectares of land on the airport island, providing over 70,000 square metres of space for conventions and exhibitions, as well as sports and entertainment events. The AA envisages coordinated land use planning for the future phases of SKYCITY and the neighbouring site for AWE’s future Phase 2, with a view to enhancing the business potential of both developments. SKYCITY, adjacent to the passenger terminals of HKIA, is a major commercial development occupying approximately 25 hectares of land. At present an integrated retail, dining and entertainment complex and a hotel are being developed at SKYCITY.