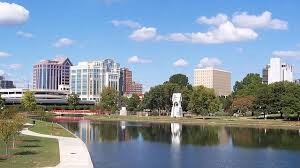 South eastern US state Alabama spent a record of $14.3 billion only in travel and tourism industry.

This US state has topped 26 million guests for the first time in state history.

Governor Ivey said that every part of Alabama saw the dramatic growth from its beautiful mountains of the Tennessee Valley to the stunning white sand beaches along the Gulf Coast.

Most of the communities generated more revenue and gained jobs through hosting meetings, conventions, sporting events and visits to museums, among other attractions. These gains were especially seen in those areas which have invested in sporting venues which attract youth sports tournaments.

The tourism industry of Alabama generates millions of dollars for state and local government. The hospitality industry was responsible for $627.5 million in state taxes and an additional $251.6 million in local revenue for a total of $879 million, an increase of five percent over the previous year, the report said. Some $70 million was generated in state lodgings taxes, of which 75 percent benefits the State General Fund. Baldwin County added 82,238 guests for a total of 6.4 million guests who spent a record $4.4 billion, despite a wet July. Jefferson County’s hospitality industry grew by record 9.8 percent and 148,498 tourists. About 3.3 million total visitors helped Jefferson County cross the $2 billion mark in tourist spending for the first time. Madison County saw an increase of 85,728 visitors yielded a total of 3.1 million guests who spent $1.3 billion for a 9.8 percent increase. Mobile County tourism grew by 8 percent. An additional 178,770 visitors meant a total of 3.4 million guests who spent $1.2 billon.

Montgomery County, which ranked fifth, added 8,940 guests for a 3.3 percent increase in tourist spending. The city had just under two million visitors who spent $841 million.