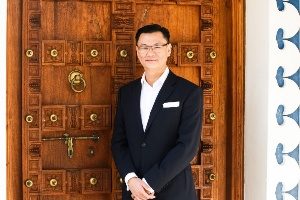 Al Bait Sharjah has named Albert Meow as hotel manager of the 53-key hotel that opened recently in a historic district of the United Arab Emirates’ (UAE) third largest city. From a foundation established by more than 20 years in the hospitality industry, Meow will oversee daily hotel operations and focus otherwise on sales and marketing. His near-term priority is a strategic planning project that will expand the property’s reach in local and international hospitality markets.

Clement Koh, senior vice president of sales and marketing for GHM (General Hotel Management Ltd.) said that with Albert’s appointment, and in partnership with our collaborator Shurooq, they plan to re-invigorate efforts to grow Sharjah as a tourism destination. Albert has solid sales experience in the UAE. He’s got tremendous people skills. They believe they are on the verge of taking this hotel to another level entirely.

Before joining Al Bait Sharjah, Meow was sales and marketing director at The Oberoi Beach Resort Al Zorah, Ajman, where he led the pre-opening team with insightful budget setting, revenue-driven plans and people management skills and where the effort realised multiple prestigious awards including recognition as ‘Ajman’s Leading Luxury Resort in 2019. Meow launched his career in sales at Shangri-La’s Rasa Sayang Resorts & Shangri-La’s Golden Sands Resort in Malaysia where he worked as director of events management. In 2003, he joined Traders Hotel Dubai, UAE as business development manager and moved from there to Banyan Tree Hotels & Resorts Angsana Dubai for a two-year term as assistant director of sales.

In the year 2009, he settled into Banyan Tree Al Wadi & Banyan Tree Ras Al Khaimah Beach as director of sales until June 2016. Meow’s enthusiasm for his new post at the Al Bait has been informed by the hotel’s recognition as the UAE’s most luxurious new hotel (Robb Report) and by its position as one of the top 10 hotels in the Middle East.

He expects to grow Al Bait’s local, regional and global presence through the development of strong relationships with global partners and markets that will elevate the GHM brand as a key player in the Middle Eastern luxury hospitality scene. At the same time, he’ll actively promote and work to preserve the unique culture in the Heart of Sharjah, which is on UNESCO’s tentative list for recognition as a World Heritage Site.