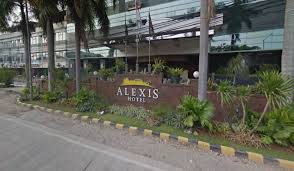 As the government of Jakarta decided to revoke its business license, Alexis Hotel in northern part of Jakarta declared its closure through a banner on its building.

Through the white banner, the management of Alexis Hotel has also apologized to its clientele for the inconvenience.

“To prevent further controversy from occurring in the future, we have decided to put an end to our business on Wednesday, March 28,” the banner read.

The Jakarta administration withdraws the business license of PT Grand Hotel Ancol that operates Alexis Hotel through a letter issued on March 22, following its investigation into supposed prostitution in the building located on Jl. RE Martadinata.

Jakarta Governor Anies Baswedan commented that he had only learned about the closure of Alexis Hotel after seeing a picture of the banner.

Anies Baswedan said recently that the investigation into the amusement establishment had followed up.