Home » Algeria aims to open its tourism doors to the world

Algeria aims to open its tourism doors to the world 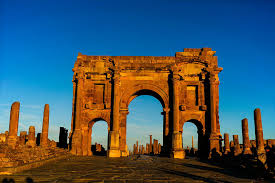 However, conflicts left the country deeply scarred and ruled over by a group of army officers and independence-era politicians who looked inward and depended on oil to fund the state.

But now, this self-imposed seclusion is about to end, with officials embarking on its first serious effort to relax visa restrictions.

Algeria is ready to become “the alternative destination for the Mediterranean,” said Abdelkader Gouti, an adviser to the Tourism Ministry. “It’s a real industry that generates a lot of wealth in terms of currency and jobs. Algeria cannot afford the luxury of remaining on the sidelines.”

Algeria has witnessed between 2.5 million and 3.5 million annual tourist visits in recent years, although the vast majority of this number were by Algerians living abroad. In contrast, more than 13 million people visited Morocco last year.

Closing the gap won’t be easy. Morocco has been attracting international travelers since the 1920s with its oases, mountains and buzzing cities, while the beach resorts and markets of Tunisia are once again popular with Europeans after jihadist attacks in 2015 battered the tourism industry.

Providing at least some of the services that foreign tourists expect will come as a challenge for Algeria’s besieged leadership.

“Improving the visa regime represents a positive step,” said Anthony Skinner at Verisk Maplecroft, a UK-based risk consultancy. But “authorities will also have to engage in a robust PR campaign to challenge rival, long-established Mediterranean destinations.”

A new visa system will be ready “in the coming weeks,” Gouti said. Europeans “who are right next door with air links” are the main target visitors, although Algeria also wants to attract visitors from China, Canada and the US, he said.