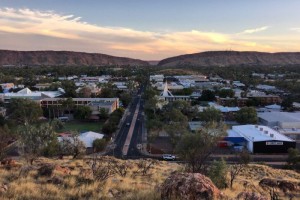 Australia’s Northern Territory has the capacity to deliver the required “wow factor” for incentives. As a ‘path-less-travelled’ destination, it provides a taste of the real Australia away from the big city lights, with delightful surprises and exciting rewards for incentive high achievers.

Flanked by the spectacular MacDonnell Ranges and surrounded by magnificent desert country, the quintessential outback town of Alice Springs is the NT’s second largest population centre, with over 30,000 residents.

Alice Springs is Australia’s most central point to gather, being within a three hour flight of most Australian airports, as well as having daily connections to Darwin and its direct international aviation services. It offers a great option for incentives with participants coming from all parts of the country and even further afield in Asia. It is also possible for the journey to the NT to become part of the reward, with a trip aboard the iconic trans-continental train, The Ghan.

Regarded as one of the world’s renowned railway journeys, the train travels all the way from South Australia through to the northern most tip of the Northern Territory, covering over 2,979 kilometres.

The history and pioneering spirit of Alice Springs has created a place where creativity thrives and nowhere more so than at some of the town’s annually recurring major events. These include The Camel Cup races in July and the eccentric Henley-on-Todd “sailing regatta” which takes place in the town’s dry riverbed in August.

The outdoor installations and performances at Parrtjima – A Festival in Light, which utilises the majestic MacDonnell Ranges as its backdrop, also provide a culturally fascinating incentive activity option from late September to early October.

Alice Springs has an extensive list of interesting off-site locations for functions and activities. These include the dramatic escarpment backdrop of the outdoor venue known as The Quarry, the historic Alice Springs Telegraph Station, the galleries and spaces of the Araluen Arts Centre and the authentic outback cattle property, Ooraminna Station. In all of these locations, there are opportunities to engage with and interact through art, culture and entertainment with local Territorians, as well as the Arrente people, the traditional Aboriginal owners of the region.

Other Alice Springs ‘must-do’ activities for incentives include early morning hot air ballooning, evening star-gazing, basket-weaving and dot-painting classes with Indigenous artists, camel rides across the desert and visits to some of the natural wonders, such as the stunning Simpson’s Gap.