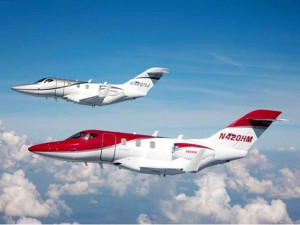 The holdings of All Nippon Airways will establish a new business jet operation in partnership with Sojitz, with the signing separate supports deal with Honda Aircraft.

The Tokyo-headquartered ANA Business Jet will be recognized during the northern summer, and be 51% owned by ANA with the remainder held by Sojitz.

The company will offer private jet connections in Japan, North America and Europe to All Nippon Airways’ scheduled services, as well as direct charter services from Japan to overseas destinations.

The two companies will present a new and enhanced traveling experience to its passengers.

Sojitz is a Japanese trading house that also represents Boeing Business Jets and Bombardier business aircraft in the Japanese market.

It also offers a diverse fleet of business jets for charter, largely through partnerships with other operators.

Separately, All Nippon Airways also signed a memorandum of understanding signed with Honda Aircraft, under which the OEM will support aspects of ANA’s feeder and charter flights through global charter operators.

Although no order for the HA-420 HondaJet was announced, it appears likely that ANA Business Jet will operate the type.

This move by All Nippon Airways into the business jet market comes after rival Japan Airlines launched a private jet connection service at Paris, in association with Dassault Falcon Services last May.