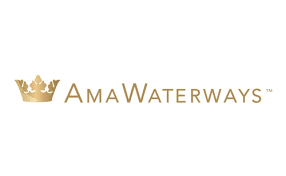 “On behalf of the entire AmaWaterways family, we are incredibly humbled to have received these very valued editorial programs, and we are thankful to those who were part of the selection process,” said Kristin Karst executive vice president and co-owner of AmaWaterways. “Each honor bestowed upon us is a testament to the dedication of our team, and we can’t wait to continue the success in 2019.”

The recent honors received by AmaWaterways add to an impressive list of those announced earlier this year. In addition to those mentioned previously, AmaWaterways received the title of Best River Cruise by AFAR. AmaWaterways’ AmaKristina (pictured left) also received the coveted No.1 ranking in the Berlitz: River Cruising in Europe & the USA Travel Guide, well-regarded as the leading authority for cruises and cruise ships. AmaWaterways’ ships secured five additional placements on the top ten list.

“All of us at AmaWaterways are honored to have received these awards,” said Rudi Schreiner, president and co-owner of AmaWaterways. “We continually strive to stay on top of industry trends and offer unforgettable experiences for our guests. 2018 has been a solid year of growth and with a record three new ships launching next year, we’re looking forward to topping that growth in 2019.”

A family-owned company, AmaWaterways has earned a reputation for transforming the river cruise industry by introducing innovative ship design, wellness activities, creating authentic and experiential shore excursions and providing award-winning food, wine and service. In 2019, the company will introduce three new ships – the most in one year — including the much-anticipated AmaMagna at twice the width of traditional river cruise ships. Additionally, the line will introduce AmaMora, sister ship to AmaLea and AmaKristina, which will sail the Rhine river. AmaDouro, sister to AmaVida on the Douro River.