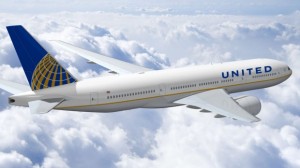 As summer vacation and Memorial Day vacation is heading nearer this year, the us airlines are expecting record number of summer travellers.

The airlines for America, a trade group that represents most major U.S. carriers, forecast Wednesday that 246.1 million passengers — about 2.7 million a day — will fly on a U.S. airline between June 1 and Aug. 31.That would be a 3.7 percent increase from last year’s record.

The Chief economist, John Heimlich, credits a strong economy, rising household net worth, and low fares. The CEOs of American Airlines and United Airlines have warned, however, that rising fuel prices are likely to lead to higher fares. The airbus says Boeing suffered little real damage from A350 and A380 subsidies that WTO has ruled illegal. Memorial Day weekend is the traditional kickoff to the peak travel season. Last summer the airline group predicted a 4 percent increase, which turned out to be too low.