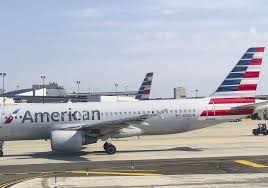 A man has been arrested and could face up to two years in jail over an alleged sexual assault charge of a fellow passenger on board an American Airlines flight, forcing the plane to make an emergency landing.

James Clayton Cholewinski-Boyd, 32, reportedly assaulted a female passenger in front of her daughter shortly after take-off from Charlotte, North Carolina.

According to news reports, Cholewinski-Boyd, who was seated next to his victim, had started touching her arm. A federal complaint claimed the unnamed woman had pushed Cholewinski-Boyd’s hands away several times before he “forcibly grabbed her by the crotch”.

Then the accused put his hands in the air and said “sorry”.

The woman alerted flight attendants and she, along with her daughter, were moved away from Cholewinski-Boyd.

The flight which was on its way to Salt Lake City was then diverted by the pilot to make an emergency landing in order to have Cholewinski-Boyd removed from the plane.

Upon the flight’s arrival at Tulsa International Airport, the accused was arrested for public intoxication.

The 32-year-old was photographed being escorted off the plane by other passengers.

In a statement to the press, American Airlines said its staff had separated the mother and daughter from Cholewinski-Boyd “once they became aware” of his behaviour.

“They subsequently requested law enforcement and diverted the aircraft to Tulsa. The quick actions of our crew ensured the safety and well-being of our customers on the flight,” the statement added.

According to a 2018 FBI statement cited by the news outlet, authorities are currently seeing “more reports of in-flight sexual assault than ever before”.