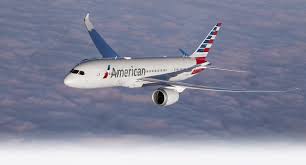 “During the fourth quarter, we made important progress to address the issues that impacted our business in 2019, and, thanks to our incredible team, we ended the year with our strongest operational quarter on record,” said American Airlines Chairman and CEO Doug Parker.

“While our results for the quarter reflect this progress, we know there is more work to be done. Looking to 2020, we are focused on three key areas. First, we will continue to deliver operational excellence and build on our strong fourth-quarter results. Our team has done a tremendous job, and we will keep driving improvement in key operational metrics in the year ahead. Second, we will deliver those results while growing where we have a competitive advantage in our most profitable hubs. And third, these initiatives combined with our capital plan will enable us to drive significant free cash flow in 2020 and beyond.”

Continued strength in passenger demand and a record passenger load factor drove a 3.4% year-over-year increase in fourth-quarter 2019 total revenue to a record $11.3 billion. Driven by a 2.4% increase in passenger load factor, passenger revenue per available seat mile (PRASM) grew 0.9% to 14.72 cents, a record for the fourth quarter. Cargo revenue was down 18.3% to $216 million due primarily to a 15.6% decline in cargo volume. Other revenue was up 5.4% to $750 million due primarily to higher loyalty revenue. Fourth-quarter total revenue per available seat mile (TRASM) increased by 0.5% compared to the fourth quarter of 2018 on a 2.9% increase in total available seat miles.

Over the past several months, American’s operational performance has shown significant improvement, including the company’s best-ever performance for both the holiday peak travel period and the entire fourth quarter of 2019. American achieved record results for combined mainline and regional on-time departures, on-time arrivals and completion factor.

“We are very pleased with the trajectory of our operation and are well on our way to delivering operational excellence,” said American Airlines President Robert Isom. “As we look ahead to 2020, we will continue to strengthen our operation and expect to see continued improvements in our reliability metrics.”

American is committed to growing its network efficiently and profitably. In 2019, the company added 15 new gates at Dallas Fort Worth International Airport. This growth resulted in a 21% increase in city pairs served and strong unit revenue. The company also added four new gates at Charlotte Douglas International Airport, with plans for three additional gates beginning in 2020. In addition, the company expects to upgauge 14 gates at Ronald Reagan Washington National Airport with dual-class regional jets when the new regional concourse opens in 2021.

With American’s historic fleet renewal program winding down, the company’s level of capital investment is expected to decline. The company is committed to generating significant free cash flow for its shareholders in 2020 and beyond and presently expects to generate approximately $6 billion in free cash flow3 over the next two years.

In the fourth quarter of 2019, American returned $285 million to shareholders through the repurchase of 9.9 million shares of common stock and also paid $44 million in dividends. As of Dec. 31, 2019, the company had $565 million remaining of its existing $2 billion share repurchase authorization.4 In aggregate, American has returned more than $13.5 billion to shareholders over the past five years through share repurchases and dividends, including $1.3 billion in 2019.

On March 13, 2019, a directive from the Federal Aviation Administration grounded all U.S.-registered Boeing 737 MAX aircraft. American’s fleet currently includes 24 MAX aircraft with an additional 76 aircraft on order. As a result of this directive, American canceled approximately 10,000 flights in the fourth quarter of 2019.

The company has removed all MAX flying from its flight schedule through June 3, 2020, and will continue to assess this timeline.

For additional financial forecasting detail, please refer to the company’s investor update, furnished with this release with the SEC on Form 8-K. This filing will be available.

The company will conduct a live audio webcast of its earnings call today at 7:30 a.m. CT, which will be available to the public on a listen-only basis at. An archive of the webcast will be available on the website through Feb. 23.