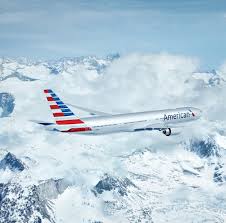 American Airlines is banding together with New Friends New Life, a Dallas-based nonprofit organization, in a partnership aimed at combating human trafficking, assisting victims and raising public awareness of the crime and how to curtail it.

“Human trafficking is a horrific crime, and unfortunately, it’s more common than many would expect. With a challenge as vast as this, solutions are often found by joining with a neighbor and taking action in your own backyard, which is what we plan to do in our partnership with New Friends New Life,” said Nate Gatten, Senior Vice President of Global Government Affairs for American. “We’re impressed by the meaningful and impactful work New Friends New Life is doing to improve the lives of formerly trafficked individuals in the Dallas area, and we’re eager to be a part of it.”

In recognition of National Slavery and Human Trafficking Prevention Month, American and New Friends New Life will kick off their partnership in late January with an event at American’s headquarters in Fort Worth. American team members will participate in a human trafficking awareness training session and join representatives from New Friends New Life for a volunteer activity.

“New Friends New Life is proud to partner with American Airlines in the fight against human trafficking — an illegal industry affecting victims around the world as well as in our own backyard,” said Kim Robinson, Chief Executive Officer for New Friends New Life. “Texas ranks second in the highest number of trafficking victims in the country, and the Dallas-Fort Worth area has the second-highest number of victims in the state. When a global organization with local roots like American joins in the fight, it fortifies our ability to empower survivors, hold traffickers and buyers accountable and prevent this $99 million crime from thriving in our community.”