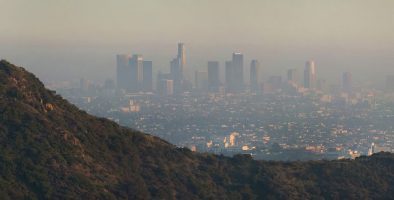 Researchers at Carnegie Mellon University have found out that Americans are breathing unhealthy as the air quality has worsened in 2017 and 2018.

The poor air quality was linked to nearly 10,000 additional deaths in the United States in 2018, year which marks the small particle pollution reaching its two-decade low.

The study highlights fine-particle air pollution, called PM2.5. The microscopic size particle can be inhaled and can be absorbed into the bloodstream. This is the reason experts are concerned about the rise in the PM2.5 level.

Fine particles (PM2.5) can affect a person’s breathing system. Senior citizens are most likely to develop dementia and cognitive decline due to this.

The overall concentration of the pollutants has gone up by 5.5 per cent since 2016 and researchers associated with the Carnegie Mellon University found several reasons for this.

Increase in the use of natural gas and driving practices have led to the rise in the pollutant’s concentration.

Emission from these sources contributes to the increase in pollutant levels.

The experts are saying that the rising pollution level is also having its effects on mortality and life expectancy.

The researchers have pointed out that around 43 per cent of the additional deaths were because of the wildfires. The campfire alone has contributed to more than 1400 deaths because of air pollution exposure.

That wildfire releases a large amount of smoke as well as fine particles into the atmosphere, researchers have said.