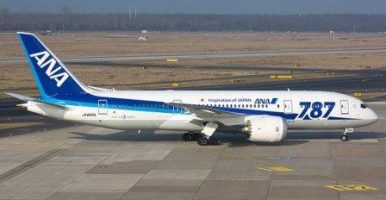 All Nippon Airways (ANA), Japan’s largest and 5-Star airline for seven consecutive years, will be updating its in-flight menus on international flights with selections from the Kanto region.

This is part of ANA’s long-running “Tastes of JAPAN – Explore the regions opens in a new window ” campaign. Kanto is best known as the location of Tokyo (the city with the most Michelin stars in the world) and is home to a large portion of Japan’s population. Dishes from this dynamic region will be featured from December 2019 until May 2020.

This is the fifth region ANA has highlighted as part of the initiative. Previously it was giving passengers the opportunity to experience food from Hokkaido. The menus provide passengers with a detailed overview of each dish.

Domestic flights will also receive updated menus from December 2019 until February 2020. Premium Class passengers on evening flights from Haneda will be able to choose from meals produced using Kanagawa prefecture specialities. From March 2020 until May 2020, the same flights will offer meals created in collaboration with the famous Nikko-based Japanese restaurant Takaiya.

“ANA is more than just an airline, we also view ourselves as global ambassadors of Japanese culture,” said Seiichi Takahashi, Senior Vice President of ANA. “Our Tastes of JAPAN campaign aims to highlight the rich culinary tradition of Japan by exposing ANA passengers to new dishes that are prepared with the best ingredients by a dedicated team of professionals. We are excited about the Kanto menu that will be available from December to May and believe it will open up a new perspective on Japanese food for our passengers.”

ANA will serve 76 different types of kokushu (Japanese sake, shochu, and millet brandy) at the Haneda, Narita, and Kansai airport lounges. Each of the kokushu has been selected for its important role in local cuisine and ability to exquisitely complement each of the dishes offered.

Another component of the tourism campaign is ANA’s “SELECTRAVEL” in-flight program introducing the beauty of Japan from an outsider’s perspective, available in English, Chinese, and Japanese. It offers two sample itineraries for each highlighted region, giving travellers detailed options as they plan their trip. ANA is also featuring an overview of the Kanto region in its in-flight magazine, “TSUBASA GLOBAL WINGS” to draw attention to exciting sights and travel opportunities within the region.

ANA strives to bring the best of Japan to the world, and the Tastes of JAPAN campaign is a reminder that appreciation for well-crafted cuisine is a universal experience. By honouring the local traditions of regions across Japan, ANA hopes to provide its guests with a superior flight experience while allowing them to immerse themselves in Japanese culinary treasures.