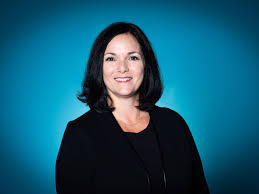 Angie Owens has been appointed as the vice president and corporate controller of American Airlines and will be succeeding Mike Carreon on March 1st.

After the reporting season concludes Carreon will retire after serving 24 years with the company.

Owens will be responsible for all the accounts operations, including external reporting, tax, financial systems and internal controls, as well as the company’s payment processing.

She earlier worked as the president and chief executive of American Airlines Federal Credit Union for the last ten years and at present serving as the vice president of finances at American during the transition.

American executive vice president and chief financial officer, Derek Kerr said that Owens brought the institution to another level during her tenure at the Credit Union. He felt fortunate to have a fantastic leaders who knew the business well as she embodies the leadership value they have been striving for.

In 1992 she had joined American and served several roles in corporate accounting, investor relations and internal audit before running the Credit Union.

Carreon had joined America West in 1994 and has served as the airline’s vice president and controller since 1996.