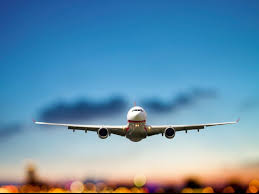 Ryanair, EasyJet and Norwegian Airlines, three European low-cost carriers are all set to introduce flights from different European cities to Amman and Aqaba from November 1, an official said on Tuesday.

EasyJet will maneuver two flights every week from London and Berlin to Aqaba and the Norwegian Airlines will manage two flights to Amman each week and one flight to Aqaba from Copenhagen per week, Arabiyat said.

The cost for a round trip ticket via these flights to Jordan will not go beyond JD100.
“This is a very important step that will significantly increase the number of tourists coming from all over Europe to Jordan… we have started to witness some indicators even before the flights start,” the official said.

He also said that all hotel rooms in the rose-red city of Petra are completely booked from October until May 2019,

“There are around 2,000 hotel rooms in Petra and they are fully booked… A few years ago around 10 hotels in Petra were forced to shut down as business was slow. These hotels are back into operation and they are also fully booked,” he said during the interview.

“We are very optimistic that the start of these flights will contribute to further growth in the tourism sector, which has been witnessing significant growth in terms of revenues and number of visitors over the past years,” Arabiyat said.

Besides these flights, a Russian airline will start operating two flights to Aqaba per week as of November.

“Currently, there are two companies from Russia that operate nine flights per week from Russia to Aqaba… The number of these chartered flights will increase to 11 per week when the third company starts operating the programme,” he said.