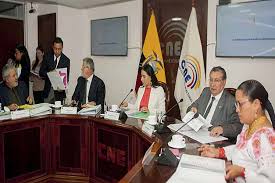 Cuba is regularly visited by Argentines. Today, the country presented through several companies, among them the Cubanacan hotel group, several proposals of extensive tourist portfolio with several novelties in this 2020.

From this southern country, in a meeting with tour operators arranged by Havanatur company, the main travel agency of this island, many options for Argentine visitors were presented, starting right from the conventional sun and beach tourism to nature, cultural or religious tourism at the same time.

Janet Ayala, the Cuban embassy’s tourism counselor for the Southern Cone, emphasized that since 2019, on the occasion of the 500th anniversary of the founding of Havana, today the Caribbean nation is showcased as a renewed, rejuvenated, modern and constantly developing destination in regards to tourism.

She gave an example, the many newly opened hotels, like the Paseo del Prado in Havana, or the new facilities in destinations like Cayo Guillermo or Cayo Cruz, the latter situated in the archipelago known as Jardines del Rey.

Also, she highlighted the high level of the Argentine tourists frequenting the island, which are today the second largest emitters of tourists to Cuba in the region.

While presenting the new products of the Cubanacan group, with over 30 years of experience, Alexis Llanes, the sales executive, gave a complete overview of different installations deployed all through the island and emphasized new proposals that go beyond the always recurrent and visited destination La Habana-Varadero.