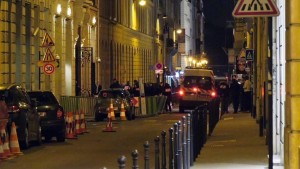 The armed robbers have stolen jewellery reportedly worth millions of pounds from the popular and luxurious Ritz hotel located in Paris, the capital city of France.

The French police said five thieves, some of them armed, entered the luxury hotel and stole goods worth “an important sum”. It is reported that there are about  €4.7m (£4.16m) worth of jewels that have been taken.

A police spokesman said that there were three suspects, who were arrested but two escaped following the robbery at about 6.30pm on Wednesday.

He said no one was injured. A patrolling police officer used a Taser to stop three of the robbers but the remaining two fled with the jewels.

The police would not confirm reports that the jewels were stolen from a hotel shop or that the robbers were armed with hatchets.

This five star Ritz Hotel is one of the best-known hotels in the capital city of France. It has a shopping gallery selling designer clothes and jewellery.