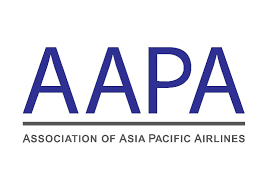 Broad-based expansion in the global economy continued to spur business and leisure travel demand, as reflected in the strong 10.6% increase in the number of passengers carried by the region’s airlines to a combined total of 30.4 million in March. Measured in revenue passenger kilometres (RPK), demand increased by 11.1% year-on-year, surpassing the 7.5% growth in available seat capacity by a considerable margin. As a result, the average international passenger load factor gained 2.6 percentage points to reach 81.5% for the month.

Meanwhile, international air cargo demand, as measured in freight tonne kilometres (FTK), increased by 2.8% year-on-year in March. Air cargo demand on routes within the region, as well as traffic to and from the region remained encouraging, underpinned by demand for transportation of both intermediate goods and consumer products including strong growth in e-commerce shipments. Offered freight capacity increased by 5.6% which resulted in an average international freight load factor of 65.5%, 1.8 percentage points lower than in the same month last year.

“Growth across advanced and emerging market economies was maintained in the first quarter of the year, driven by positive business and consumer sentiment. Correspondingly, world trade activity continued to expand, underpinned by increased investments and higher manufacturing output in the region, in response to increased new business orders. These positive factors continued to support growth in both air passenger and cargo demand for Asian airlines.”