Home » Asia-Pacific – the fastest growing region for travel and tourism

Asia-Pacific – the fastest growing region for travel and tourism 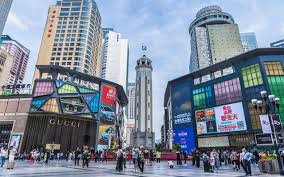 Chinese cities are growing rapidly, comprising five of the 10 fastest growing cities in direct travel and tourism GDP over the last decade: Chongqing, Chengdu and Shanghai ranking first, second and fourth, and Guangzhou and Shenzhen coming in eighth and tenth.

Six out of the top 10 cities for domestic visitor spending are also in Asia-Pacific, with five of them in China. Shanghai grabs the number one spot at US$79 billion, followed by Beijing at US$75 billion.

However, cities with maximum dependence on domestic or international demand are more exposed to economic and geopolitical shocks, according to WTTC.

On the other hand, cities which are more dependent on international demand and/or particular source markets may be susceptible to external disruptions.

Infrastructure development and prioritization of tourism are key drivers of travel and tourism growth, and the same can be seen in Asia-Pacific countries, for example, India, Vietnam and Indonesia.

WTTC president & CEO, Gloria Guevara said: “Asia-Pacific has been, and as shown by this important research, will continue to be a crucial region for travel and tourism. We are seeing an exciting amount of growth and development in the region and there is an opportunity to create sustainable change that will translate in further benefits for the local communities.”