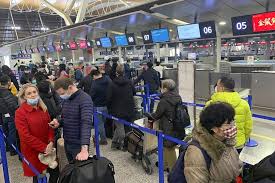 The Asia and Pacific region is bearing the brunt of decline in travel due to the global spread of corona virus.

Over the last two decades, the UNWTO has reported a fall in the number of international tourist arrivals globally only twice. The first was in 2003 mainly due to the SARS virus which was prominent especially in East Asia.

The second was in 2009 when the global recession coincided with the swine flu pandemic killing over 200,000 people. In 2009, the tourism sector was hit hard with arrivals worldwide going down by 4%.

With the emergence of the corona virus COVID-19 in January this year, it is still very early to predict the impact it will have on the tourism sector in the coming year.

However, it is estimated that there will be a 4% drop in the number of international tourist arrivals worldwide this year, akin to 2009 when the global recession combined with the swine flu plague.

This time, the Asia and Pacific region are expected to be the hardest hit, with a drop in arrivals of almost 19%. All other regions in the world are expected to see tourist arrivals grow, although rates will be marginal in Europe and the Americas where domestic tourism will flourish.