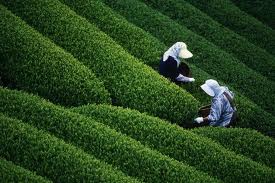 The government of Assam has declared that it has unveiled a fresh tourism policy, wherein it has announced its tourism sector possesses a potential to expand the tourist arrivals by at least two or three times in the following five years.

The Tourism Policy of Assam that would be effective from January next year to December 2022 would provide emphasis on making the state a destination of film-making by offering a series of incentives to movie producers.

Himanta Biswa Sarma who is the Tourism Minister of Assam mentioned that tourism would be granted industry status in Assam.

And, all facilities and incentives would be applicable to the regional tourism sector as are allocated to the other industries, after releasing the new tourism policy here. The policy states that 45,00,000 domestic and 20,000 foreign travellers had visited Assam according to the figures released in the year 2014.

It added that this tourism policy paper aims to create a policy framework to move tourism into a major economic sector of Assam raising the inflow of tourists by at least two or three times in the upcoming five years.

Sarma said that the ‘Tourism policy of Assam 2017’ had been approved by the state Cabinet o October 2017.

The main focus of the policy was to draw the movie industry to visit the Indian state and shoot films. He announced that a cash grant of Rs 1 crore of expenditure would be provided as reimbursement to Hindi, English and foreign language cinema makers who have produced at least five feature films. The particular movie’s 25% shooting must be in Assam and 25% of cast and crew would have to belong to this state.

Furthermore there would be an extra 10% grant if the storyline of the movie highlights the inherent culture, tourism and heritage of Assam and also, an additional 10% rebate would be offered if over 50% of the entire shooting is completed in the state.

The minister also said that producers who have produced over 10 movies in Hindi, English or foreign languages would be offered free accommodation and also transport facilities for their important casts during the period of stay for shooting the films in Assam.

And this policy also offers other subsidies like 50% reimbursement of net state GST paid for 10 years by a new tourism unit that would be commencing operations by December 22, subject to maximum of 100% fixed capital investment.

The document specified that a capital investment subsidy of 305 of capital investment, subject to a ceiling of Rs. 1 crore would also be made available for tourist lodges, resorts, hotels, houseboats and floating restaurants.

A dew other benefits are also a part of this interesting tourism policy of Assam.