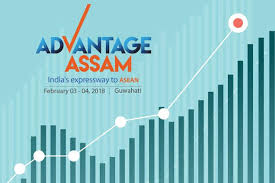 GUWAHATI: The Assam Tourism Development Corporation (ATDC) has decided to launch a global campaign ahead of the upcoming Raas Festival in the state.

The agency on Tuesday announced an official collaboration with Instagram to promote Assam worldwide on the occasion of World Tourism Day celebrated on September 27.

ATDC chairman Jayanta Malla Baruah said that on the lines of the famous Ambubachi Mela celebrated at Shakti shrine Kamakhya Temple, the Assam tourism department is ready to promote nationally and internationally the Rash Festival to be held later this year.

“This year onwards, we have planned to promote the Raas Festival of Assam at the national and international stage with a similar kind of promotional strategy like the one we had adopted to popularise Ambubachi Mela a couple of years ago,” said Baruah.
He added that the government will try to promote the Raas Festival of Majuli where the Raas Leela of Lord Krishna is celebrated. Similar plans are afoot for the Raas Festival in Nalbari, where clay idols are decorated to depict the eventful life of Lord Krishna as described in Hindu scriptures and also his childhood rendezvous with Radha and her sakhis.

“On the occasion of World Tourism Day on September 27, the official logo of Raas Festival of Assam will be unveiled and it will be taken to the people across the globe through various media campaigns,” said Baruah, adding that efforts are being made to invite devotees from Mathura and Vrindavan who revere Lord Krishna’s Rash Leela.”

On September 28, the verified Instagram handle of “Awesome Assam” will be published and a hashtag ‘#DiscoverAssam’ will be launched with to promote Assam tourism globally.

The state tourism department has also initiated a project called “Amar Alohi” (Our Guest) under which 28 homestays were built to help tourists and generate employment. The project has been completed in record time and is ready to be launched on September 27.