Atlanta sees a growth of international visitors by 5% 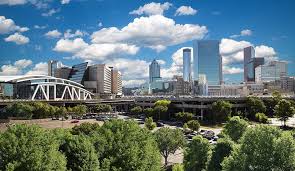 A combination of new international flights, major conventions with global clientele and a growing film sector has driven up international visitor arrivals in Atlanta by 5 percent to 1.25 million last year.

However, that’s still a very small proportion for a city that serves as a hub for regional tourism and large international trade shows, hosting more than 53 million visitors overall, having the world’s busiest airport.

And overseas is the area from where new growth will come from in sheer numbers as well as in revenue, as foreign travelers are known to splurge more than their domestic counterparts on airfare and retail in the U.S.

William Pate, president and CEO, Atlanta Convention & Visitors Bureau said, “International visitation is our greatest incremental growth opportunity as we close the decade. Even as our domestic tourism business expands, we must continue our efforts to attract visitors to Atlanta from around the world.”

Canada, Europe and Asia still signify the top regions or origin for inbound travelers, accounting for 29, 25 and 21 percent, respectively.

Routes play a major role. Delta Air Lines and Korean Air operate nonstop flights to Seoul, the South Korean capital. Delta is starting a China flight in July (Atlanta-Shanghai) and has plans to open a new route to Mumbai, India, next year. Flights from Turkish Airlines to Istanbul and Qatar Airways to Doha also started in 2016, offering new opportunities for travelers to reach Atlanta.