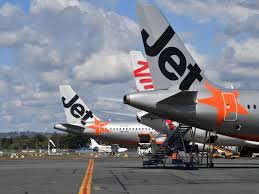 After the pilot noticed a crack in the cockpit windshield, a Jetstar passenger plane, travelling between Australia and Indonesia, was forced to turn back halfway on Wednesday.

After taking off shortly before 5:00 p.m. local time on Wednesday, the plane travelled for roughly three hours and was over central Australia when the pilot became aware of the issue.

“While there was no impact to the structural integrity of the aircraft at any time, the decision was made to return to Melbourne as a precaution, where the windscreen could be fixed quickly to prevent further delays,” a spokesperson for the airline said.

The plane was supposed to travel from Sydney to Denpasar Airport in Bali, but was diverted to Melbourne, where the airline’s engineering hub is located.

Having flown for nearly six hours, the plane touched down in Melbourne at around 10:30 p.m. local time.

Passengers were provided with emergency accommodation in Melbourne and alternative flights were arranged for the next day (Sept 20).