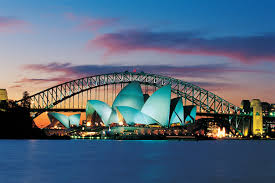 Australia bans any visitor with a domestic violence charge against women or children from entering Australia. The law came into effect on Feb. 28 and applies to all offenders.  In addition, anyone who is currently visiting or living in Australia on a visa and has a record of domestic violence will be stopped from penetrating the borders.

The new law about the Australia ban, adds to the existing legislation that withholds or removes visitor visas if the visa holder has been sentenced to 12 months or more in jail.

Immigration Minister David Coleman said in a public statement the link opens in a new tab which indicates: “If you’ve been convicted of a violent crime against women or children, you are not welcome in this country.” In the past, Australia has denied travel visas to R&B singer Chris Brown and boxing star Floyd Mayweather due to domestic violence convictions.

By cancelling the visas of criminals Australia is being made a safer place. In this year’s Global Liveability Index from The Economist, after seven years of being ranked the most liveable city in the world, Melbourne was usurped.

One Response to Australia bans travellers having domestic violence charges