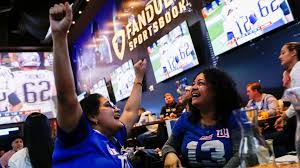 Australia, which is slowly recuperating from the damages of bushfires that burnt across the country for more than six months, is making huge bet on big sporting events like the ongoing women”s ICC T20 Cricket World Cup and men”s tournament at the later part of 2020 to draw Indian tourists.

“With the women”s ICC T20 Cricket World Cup on right now and the men”s tournament on later this year, we will be encouraging Indian cricket fans to book a ticket, watch a few games, and also get out into our regions to explore the incredible tourism experiences on offer,” Australian Minister for Trade, Tourism and Investment Simon Birmingham said here.

“Ticket sales out of India have almost reached 20,000, and with six months to go until the men”s tournament, there is huge potential to boost sales even further,” he said.

Also, Birmingham declared a boost up via funding of AUD 1 million (about Rs 4.7 crore) to Tourism Australia to further revamp all its efforts regarding marketing in a bid to draw more tourists from India.

Previously, for tourism promotional activities in India, Tourism Australia had marked a budget of AUD 5 million.

When asked about the effect of the outbreak of coronavirus in Australian tourism, Birmingham mentioned that tourism businesses are experiencing a tough time because of the spread of the disease, which is lowering visitor numbers not just in Australia but worldwide.

“That”s why we”re putting some extra resourcing encouraging Australians to holiday. At home we are trying to support the industry. But the fact that businesses might be struggling because of the downturn in Chinese visitation…hopefully that is making us see more opportunity to tap more visitors from other parts of the world, including India to fill those gaps created by the Chinese,” he added.

He stated that in spite of India’s general elections, closing down of one of the eminent travel players Cox & Kings, Jet Airways going into liquidation, Australia in 2019 has seen double digit growth from India.