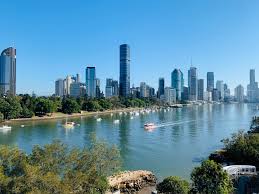 Australia is now experiencing hottest day, as hundreds of violent bushfires continue to rage across the country. The Bureau of Meteorology in Australia data shows that the temperatures hit a surprising new high of 40.9 degree Celsius on average on Tuesday – 0.6 degree Celsius higher than the record set in 2013.

It came as a special statement on climate change from the bureau revealed an unprecedented season of bushfire risk, with Forest Fire Danger Index (FFDI) statistics showing record high indicators for spring had been observed in every state and territory in 2019.

The record levels of heat have been exacerbated by very low humidity, gusty winds and a severe lack of rainfall, combining to push bushfire danger levels into the “catastrophic” category, the statement revealed.

On Wednesday, the temperature in Birdsville – a Queensland outback town situated on the edge of a desert – soared to 47.7C, making it one of the hottest places on Earth. Similar temperatures were recorded across the country. Meanwhile, hundreds of bushfires continued to burn in states across the nation, with at least 100 in New South Wales and 70 in Queensland, where several people were treated for burns amid evacuations and power cuts.

A catastrophic, or “code red” fire was issued across much of South Australia, which is the nation’s highest rating and indicates fatal fire conditions.

The New South Wales fires began two months ago, destroying 768 homes, leaving six people dead, and killing hundreds of endangered koalas and other species. Beleaguered firefighters in the state said on Wednesday they had saved more than 65,000 homes this spring.

Sydney, Australia’s largest city, has been choked by smoke for weeks as a result of the fires. On Monday, more than 20 leading medical groups including the Royal Australasian College of Physicians warned of a “public health emergency”, as hospitals reported a dramatic spike in casualty visits.

The warning came as it emerged Prime Minister Scott Morrison was on holiday overseas amid the crisis, with acting PM Michael McCormack telling reporters in his absence: Everybody deserves a break. He worked hard this year, achieved great things for Australia.

But emergency experts described their huge disappointment in the lack of national leadership, announcing they would go it alone in arranging their own summit on how to devise an urgent rethink of the country’s bushfire response in the face of climate change.

The extreme heatwave currently engulfing the country is largely caused by a positive Indian Ocean Dipole – an extreme imbalance in surface temperatures between the ocean’s east and west, which is at its highest in 60 years and is driving drought and dry conditions in South East Asia and Australia, parts of which had been experiencing drought for several years already.

Scientists believe the dramatic warming of the world’s oceans is fuelling greater unpredictability in events such as the Indian Ocean Dipole, El Nino and La Nina. Even small changes to these events can impact large changes upon weather systems on opposite sides of the globe.