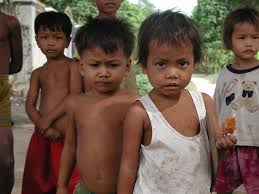 The federal government of Australia has announced its plan to curb the orphanage tourism and divert well-meaning Australian volunteers from foreign orphanages, which is exploiting fake orphans.

It is also still considering whether to follow an inquiry’s recommendation to divert Australian government aid funding away from foreign orphanages.

The measures against orphanage tourism falls short of the ban on it called for by a Liberal-led foreign affairs and aid subcommittee late last year. In a joint statement with the education minister, Simon Birmingham, Julie Bishop said the campaign against the orphanage tourism would help the Australian volunteers make informed decisions and avoid becoming involved in the exploitation of children.

The announcement comes after significant vendetta by the Liberal senator Linda Reynolds within the coalition. It also comes after campaigns from groups like the Cambodia Children’s Trust and ReThink Orphanages, an alliance of charities and not-for-profits opposed to orphanages in developing nations.

The organisations such as the United Nations children’s fund (UNICEF) have long called for western nations to diminish their support for orphanages in developing nations like Thailand, Myanmar, India, Indonesia, Cambodia and instead redirect their efforts to funding familial or community-based care for children.

The vast majorities of children in south-east Asian orphanages still has living parents, but are lured to institutions with the promise of education and a better life. Many private institutions are in run as businesses for the profit of their owners, sustained by the well-meaning tourists who visit, donate or volunteer.

According to Friends International, in Cambodia, there around 80% of children in orphanages still have living parents.

The number of orphanages in the country has exploded by 60 percent in last 10 years from 2005, largely appearing in the main tourist areas of Siem Reap and Phnom Penh. The phenomenon has occurred despite poverty levels reducing overall. In much more worst cases, the children are beaten, forced into labour, starved or sexually abused.