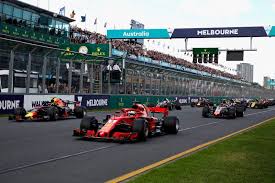 Melbourne will host the Formula 1 Australian Grand Prix after F1 executives moved to lock in a two-year option on the iconic Albert Park circuit. The Minister for Tourism, Sport and Major Events Martin Pakula revealed that Melbourne spectacular would remain a pillar of the Victorian sports calendar until at least its 30th running. The new deal was confirmed by Formula 1 chairman and chief executive Chase Carey in Europe overnight.

The Formula 1 Australian Grand Prix takes Melbourne to the world with international tourists flocking to the city and images beamed to an estimated global audience of 80 million, including key markets China, India and Japan.

The attendances show the appetite for Formula 1 Australian Grand Prix racing in Victoria is strong, with the 2019 event attracting an estimated crowd of 324,000 across four days, a 10 per cent increase on 2018, making it the best attended Grand Prix since 2005. Melbourne will again be the first event on the F1 calendar in 2020, with race day confirmed for Sunday, March 15.

The Formula 1 Australian Grand Prix has been a feature on the Victorian calendar since 1996 and is one of the four biggest sporting events in the country alongside three other Melbourne jewels – the AFL Grand Final, Australian Open tennis and Spring Racing Carnival. This popular racing event, Formula 1 Australian Grand Prix provides a major boost to the Victorian economy with CBD hotels at 94 per cent occupancy during Grand Prix week and benefits flowing through the hospitality and tourism sectors.

Major cultural and sports events like Formula 1 Australian Grand Prix, Grand Final, Australian Open tennis and Spring Racing Carnival can generate an estimated $1.8 billion of economic benefit annually for Victoria, supporting 4,700 full-time equivalent jobs. The Minister for Tourism, Sport and Major Events Martin Pakula said that Victoria hosts major events better than anywhere else in the world and this is a fantastic vote of confidence from Formula 1 to continue racing in Melbourne until at least 2025. The Formula 1 Australian Grand Prix has contributed significantly to Melbourne’s standing as a global sporting and major events capital and is a key pillar of Australia’s international sporting calendar.”

Beyond the direct benefits to Melbourne and Victoria, the contract extension provides confidence for our world-leading events industry and allows the Australian Grand Prix Corporation to further enhance and develop the event for the benefit of fans. Formula 1 chairman and chief executive Chase Carey said that the decision to extend the current relationship for a further two years stems from the fact this event has proved to be a resounding success for the capital of Victoria, for Australia and indeed around the world, proving immensely popular with fans and those who work in Formula 1.