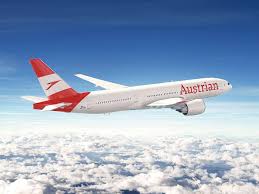 On November 7, Austrian Airlines flight OS236 will take off from Berlin Tegel (TXL) airport to Vienna for the last time at 19.25 hours as scheduled. All flights connecting the German capital with Vienna will then take off and land at the new airport Berlin Brandenburg (BER). The first landing takes place the same evening – OS239 lands at BER at 22.30. In the previous week, from October 31, 2020, flight operations will move from Tegel airport to the new capital airport. Austrian Airlines, like the Lufthansa Group Airlines Lufthansa, SWISS and Brussels, will be located in Terminal 1.

The booking system of the Austrian home carrier has been switched over today, March 4. Passengers who book a flight to Berlin from November 8 (or the evening before for OS239) will no longer see Berlin Tegel as their destination but the new capital airport Berlin Brandenburg. Passengers who have already booked a corresponding flight will be informed and rebooked to BER. The number of flight connections as well as arrival and departure times remain unchanged according to current plans. Austrian Airlines flies to Berlin up to 54 times a week in the high season.

“The connection between Vienna and Berlin is one of our most important regular routes. The change to the capital’s airport Berlin Brandenburg represents a significant improvement for our passengers, as from November they will take off and land at a modern airport with an efficient infrastructure. After the start-up difficulties of the last few years, we wish the BER team all the best for the final phase and look forward to the upcoming opening”, said Austrian Airlines CCO Andreas Otto.