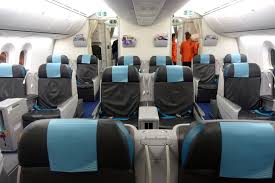 One of the preferred stomping grounds of Hollywood, credit goes to its “Californian climate”, competitive tax rebates and innumerable scenic locations, since 1925, the films shot in Malta include Troy, Gladiator, Captain Phillips, Murder on the Orient Express, and The Count of Monte Cristo. Epics of the “swords and sandals” assortment are predominantly agreeable to be shot in this ancient, sun-kissed Mediterranean hotspot.

Florian Sengstschmid, CEO of the Azerbaijan Tourism Board, might be speaking about an Asian version of Malta when he elatedly discloses plans to launch the red carpet for the Indian film industry during a three-city roadshow for travel industry leaders from September 9 to 13. When questioned if he ever considered about Malta while pitching Azerbaijan to trade partners and travel agents, a flash of inspiration crosses his face. “Wow, I haven’t thought about it yet, but it is an interesting idea. What I can tell you is that Azerbaijan, in its relatively small territory of 90,000 sqkm, has seashores, high mountains, deserts, cities, small wooden villages, full broadband on-location etc,” says Sengstschmid, who adds that his country is all geared up to put in the support needed to position the central Asian country on the map for Indian filmmakers who want a feel of Europe at a cheaper rate. A specialized film commission for the purpose is on the anvil.

In 2018, a Telugu film with star cast Ram Charan Teja, wrapped up shooting in the capital Baku. Forthcoming Bollywood remake of Coolie No. 1 starring Varun Dhawan and Sara Ali Khan, and a part of Chanakya of Ajay Devgan movie will be shot in Azerbaijan end of the year. Ambassador to the Republic of Azerbaijan to India, Ashraf Shikhaliyev, gave his opening speech by recalling the YouTube video of a Tollywood production which completed filming in recent weeks, recreating a Parisian landscape in Baku.