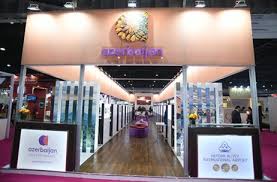 Azerbaijan relishes a great possibility for tourism development. Nature, climate, historical monuments, cuisine, rich culture of the people and other factors laid the foundation for the growth and expansion of many areas related to tourism. For Azerbaijan, there are wide opportunities to be identified as a tourist destination in the world.

Azerbaijan is one of the rapid growing destinations for tourists.

Last year, the number of Indians visiting Azerbaijan has increased by 175 percent amounting to 40,000 people, Executive Director of Azerbaijan Tourism Bureau, Florian Sengstschmid explained in an interview with the influential news agency of India, the Times of India.

Sengstschmid highlighted that Indian visitors are more and more showing their interest in Azerbaijan in recent years.

He observed that India is one of the first six nations where the official representative office of the Azerbaijan Tourism Board opened.

He further added that the Indian market and the interests of probable tourists were considered.

“There are proposals for holding various events, weddings and other corporate and group events,” he said. “The work over a document that defines the rules for supporting the shooting of Indian films in Azerbaijan is underway.”

He emphasized that one of the key factors is that it is quite simple to visit Azerbaijan. Therefore, Indian tourists are successful in getting online visas within three hours. He further added that currently, though flights to Azerbaijan are mainly carried out from Gulf States, it is planned to execute Delhi-Baku direct flights in the future.

Sengstschmid also stated that the people of Azerbaijan and India share the same cultural and historical values and organized special tours for Indian visitors including “Ateshgah” Temple.

Maybe the most well-liked and exotic sight of Azerbaijan is the Temple of Ateshgah. It is situated 30 kms from the center of Baku, on the outer part of the village of Surakhani and is known almost all over the world.