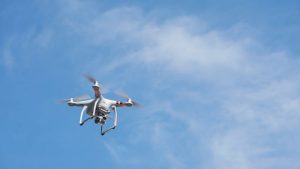 15 departures, three arrivals were delayed, and seven flights were diverted, due to bad weather and unauthorised drone activities at Changi Airport on Monday night as per The Civil Aviation Authority of Singapore (CAAS). It is investigating the matter.

The Straits Times (ST) had reported on Monday night, that illegal drones caused several flights to be delayed or diverted, with Singapore Airlines, Garuda and Air Asia among the carriers affected. As per ST, more than one drone was sighted, with the drones reportedly not of recreational make.

Shortly after midnight, the authority said in a statement, “As a precautionary measure, arrival and departure flights were carefully regulated for short periods of time between 8.07 pm and 9.07 pm”.

CAAS added that members of the public are reminded that the authorities take a serious view of errant operations of unmanned aircraft which may pose threats to aviation or endanger the personal safety of others. They will not hesitate to take enforcement action against those who contravene regulations.

Monday night’s disruptions were the second incident involving drones at Changi Airport in less than a week. Unauthorised drones were sighted on June 18 which led to the delay of 37 flights and affected operations of one of Changi Airport’s two runways for up to 10 hours, until the morning of June 19.

Under the Unmanned Aircraft (Public Safety and Security) Act, the flying of drones within 5 km of airports or military airbases, or at altitudes above 200ft (61m), without a permit is an offence.  Social media users also reported delays.