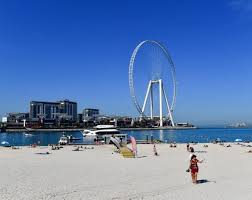 Bahrain will be launched as a tourist destination by Brazilian company Lynden over the next months. The company owned by Lebanese businessman Kháled Fayez Mahassen will work for more packages in Qatar and Oman as well.

Bahrain, Oman and Qatar are the countries where Lynden tourism agency and operator aims to focus its efforts this year. Packages to Bahrain will be launched next March. The company has worked with destinations in the Middles East for 21 years and wants to branch out its operations.

“We have done some things with Oman for around three years. We worked hard on this destination with Dubai. Bahrain is new. We’re looking for a way to work with the whole Gulf at once. And, as tourism to Saudi Arabia has opened up, we’ve in touch with them to send some itineraries, too,” said Lynden owner Kháled Fayez Mahassen.

“In Bahrain three to four days are enough. Qatar and Oman too. As for the United Arab Emirates, we usually do a week. So, touring that whole region in 15 to 20 days is enough,” Mahassen explained.

Lynden bets on Bahrain’s heritage appeal. “There was a civilization there called Dilmun more than six thousand years ago. The Gulf doesn’t usually have this ancient history. Thus Bahrain stands out,” Mahassen said. To look into this civilization, one needs to see Bahrain National Museum, with a collection of contemporary sculpture exhibitions and ceramic art that covers the time of the Dilmun.

Bahrain also offers experiences like a visit to a camel farm with up to 400 animals and a trip to the King Fahad Causeway – a 25 kms cross-sea bridge connecting Bahrain to Saudi Arabia.

Lynden is also carrying on its trips to Syria. Mahassen said that there are still some troubles with the destination, but they are limited to the delay for issuing visas. The company started working again with cities like the Syrian capital, Damascus, as well as Maaloula, Homs and Latakia.