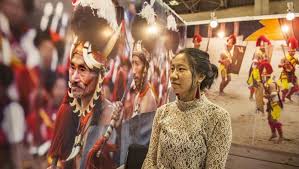 Bahrain is all set to advance tourism in a big way in the city.

Bahrain took part in a recently ended Travel and Tourism Fair (TTF) at Kolkata. It plans to hold a roadshow to attract tourists in Kolkata in next two months.

“Dubai is already a popular destination for the tourists from the eastern part of the state including Kolkata. Bahrain which is 55 minutes flight from Dubai has a lot to offer for the tourists. It will also not create a big hole in your pocket as a package of two nights and three days will hover around Rs. 25000 per head (excluding airfare),” according to a spokesperson from the Tourism department who was in the city for the three-day TTF.

Bahrain is being promoted in cities like Delhi, Mumbai, Chennai and Bengaluru for the last few years and it has already emerged as a popular wedding destination.

“A dozen weddings from India were held in Bahrain in 2018 and we have had bookings for another dozen this year starting from the September onwards. We get a group of persons that vary from 150 to 700 in the weddings,” the spokesperson added.

Bahrain is now aiming to promote tourism in eastern India and its journey starts from Kolkata, as it is the gateway to the North eastern states too. November to April is the best season for visiting Bahrain.

Bahrain, which is an island country in the Persian Gulf was home to Dilmun, an important Bronze Age trade centre linking Mesopotamia and the Indus Valley. Bahrain was later ruled by the Assyrians and Babylonians.

The major tourist attractions of Bahrain remain the Formula One race event held once in a year.

The Jarda Islands, the Old Houses of Muharraq, the Bahrain Fort which is a UNESCO Heritage site, the Bahrain Museum one of the first museum in the Gulf are also popular tourist destinations.