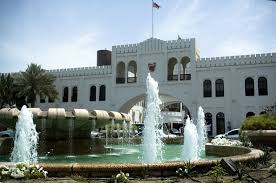 Bahrain welcomed 3.2 million visitors during the first quarter of this year, marking a 3.1 per cent increase compared to the same period last year.

The number of international arrivals reached 3.5 million, a 3.1 per cent increase from last year, as said by the CEO of the Bahrain Tourism and Exhibitions Authority (BTEA), Shaikh Khaled bin Humood Al Khalifa.

Shaikh Khalid said that the BTEA is focusing its efforts towards increasing the tourism sector’s contribution to the national economy through its wide-ranging comprehensive strategies, for promoting local tourism at both regional and international levels.

The kingdom and the BTEA have taken more steps for improving the country’s tourism infrastructure and are committed towards developing the sector for making Bahrain different from other countries in the region.

In this regard, Shaikh Khaled highlighted 22 new hotels that are scheduled to open in the next four years.

Shaikh Khaled added that the average expenditure of visitors went up by 3.1 per cent, which increased the tourism sector’s contribution to the GDP.