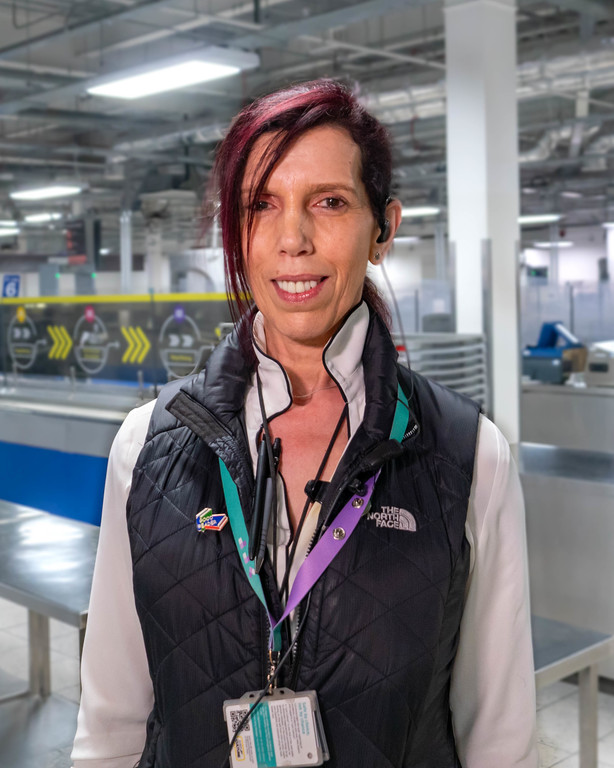 An estimated 100,000 confiscated items collected from passengers at airport security have been donated to the Luton Foodbank.

Yanii Van Der Logghe, a security lane leader at London Luton Airport (LLA) had the idea to donate the items after she visited the foodbank and was struck by the number of families struggling to put food on the table.

Following her suggestion a six-month trial began in January 2019, which proved so successful it has been rolled out permanently. Passengers now have the choice to either check-in the confiscated item, forward it by post or donate it to the Luton Foodbank by placing it in a dedicated crate at each security lane. The items are then collected, sorted and distributed by Luton Foodbank volunteers.

Under current Department for Transport rules, liquids, gels and pastes over 100ml cannot be taken in hand luggage. The most common items donated include toiletries, jams and marmalades and spreads and pastes such as Nutella and Marmite.

When more items are collected than the foodbank can take, foodbank volunteers create hampers to raise money for the charity. Confiscated items were also included as part of Christmas gift boxes created by LLA staff for cancer sufferers at the L&D Hospital, through the airport’s charity partnership with Macmillan.

Yanii Van Der Logghe said; “My first visit to the foodbank really made me feel like I should help these local families and it’s great to see the idea become a success. At special times of the year, like Easter, staff will now bring in extra things to donate.”

Salma Khan, Project Manager, Luton Foodbank: “The number of people accessing our foodbank increased by 30% last year so these additional items are a much welcome boost to the service we provide.”

ondon Luton Airport said; “We’re really proud of Yanii for driving this idea forward and we’re delighted it has been so successful. 96% of our staff live in Beds, Herts and Bucks and this is just another small example of how London Luton Airport is supporting the communities we serve”.

As well as doing good with confiscated items, the airport donates unclaimed suitcases to social services so children in care or crisis have something to transport their belongings in. LLA also works airport retailers, to donate unsold food to local homeless charities including Luton based NOAH.

Tags: 000 confiscated items collected from passengers at airport security have been donated to the Luton Foodbank. Yanii Van Der Logghe, An estimated 100