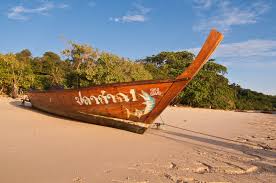 The rating, which assessed social and environmental sustainability strategies, along with industry supplier support, and Convention Bureau strategy and initiatives. Also, it praised Thailand Convention and Exhibition Bureau (TCEB)’s performance as a top scorer compared to convention bureaux in other Asian destinations. Lately, the top five destinations received GDS-Index Awards from the International Congress and Convention Association (ICCA) to identify their sustainable practices in the business tourism and events industry.

In Asia, Bangkok was ranked second and 21st in the world, as per the GDS-Index. The ranking took into consideration four main areas, including city environmental strategy and infrastructure (14 topics), city social sustainability performance (4 topics), industry supplier support (8 topics), and convention bureau (CVB) strategy and initiatives (12 topics). Bangkok got a score of 58 percent overall, with the convention bureau winning 69 percent, skillfully beating the global benchmark of 53 percent. TCEB president Chiruit Isarangkun Na Ayuthaya observed that this was the first time that Bangkok took part in the GDS-Index, leaving the bureau delighted by the result.