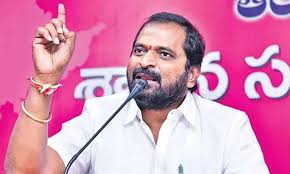 After the completion of Kaleshwaram project, the Baswapur reservoir would have good amount of water in store. Yadadri district collector has handed over land to the Tourism department for bringing up amenities. The minister requested the department officials to discuss the matter with the tourism experts and create a great recreational facility as the entire region would become famous after the completion of Yadadri temple. In addition to this, the minister asked the officials to set up tourism spots close to the Shameerpet Lake with private partnership. He also evaluated some of the works taken up under public-private partnership.