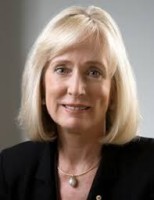 Qantas Chairman Leigh Clifford today announced the appointment of Belinda Hutchinson as a Non-Executive Director to the Board of Qantas Airways Limited.

The Chairman welcomed Ms Hutchinson by saying that her extensive background on numerous boards and in financial services would add to the depth of experience currently on the Qantas Board.

“Belinda had a distinguished career in the financial services sector and has served as Chancellor of Sydney University for the past five years. She has decades of board experience across companies in very dynamic sectors, including Telstra, Coles Myer, QBE Insurance and AGL Energy,” Mr Clifford said.

Ms Hutchinson said: “It’s truly an honour to be nominated to the Board of such an iconic Australian company. Qantas is now one of the best performing airline groups in the world and I really look forward to making a contribution to its continued success.”

Ms Hutchinson will sit on the Board from April 2018 ahead of a shareholder vote on her appointment at the Qantas Annual General Meeting in October 2018.

Mr Clifford also announced William Meaney will step down as a Non-Executive Director after the June 2018 meeting.

“Bill has been an outstanding member of the Board since joining in 2012, bringing aviation experience and providing valuable insight during the turnaround of the airline. On behalf of the Qantas Board, I’d like to thank him sincerely for his commitment and contribution these past six years,” added Mr Clifford.