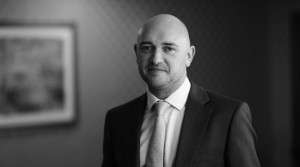 Benjamin Chapman, who began his career in 2007 from Strand Palace Hotel has been promoted to the position of Commercial Director.

He began his career as a Groups Reservations Supervisor, with his most recent position being Director of Revenue.  He is celebrating 10 years of service at the iconic hotel and he is thrilled at the challenge of the new role.

He is delighted to be given this opportunity as Commercial Director. The Strand Palace, as an independent hotel, has been integral in my growth and development.

He is excited for 2018 and the new challenges that lie ahead next year, as well as in leading the team around me and providing them with the same development opportunities that have benefited from.

This well-deserved promotion is testament to his hard work and commitment to the hotel over the past 10 years. It is a great example of what you can achieve with the correct attitude and effort.

The Commercial Director, Benjamin Chapman forms part of the s senior management team of the hotel and is responsible for the revenue, marketing, sales and reservation department development.