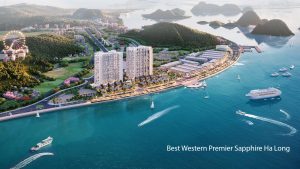 Best Western Hotels &amp; Resorts announced another successful year in Asia as it introduced innovative new brands and award-winning hospitality to even more guests across the fast-growing region in 2018.

Throughout the year, Best Western continued to expand its footprint in a series of key Asian markets. In Indonesia, the opening of Best Western Senayan Hotel in Jakarta and Best Western Kindai Hotel in Banjarmasin reflect the company’s commitment to serving a wide variety of destinations, from key cities to emerging markets.

In Japan meanwhile, Best Western Plus Hotel Fino Chitose and Best Western Hotel Fino Tokyo Akihabara both opened this year, catering for the rising number of domestic and international travelers as the country prepares to host the 2020 Olympics.

Best Western also continued to expand its portfolio in Thailand with this year’s signings of Best Western Plus Speech Pattaya and The Title V Rawai Phuket,BW Premier Collection by Best Western, both of which are on track to open within two years. Finally in the Philippines, Best Western signed its first SureStay ® hotel, SureStay Plus by Best Western
Regency Angeles City Clark, which is scheduled to open its doors in the second quarter of 2019.

Best Western will also return to the popular Thai resort town of Pattaya in 2019 with the opening of Best Western Premier BayPhere Pattaya. This will be complemented by the highly-anticipated debut of BluPhere Pattaya, BW Premier Collection by Best Western in 2020.