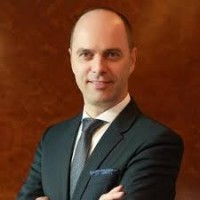 Axel Bethke has been appointed as the general manager of Kempinski Hotel Bahia.

With career spanning more than 20 year, Bethke has worked with brands like the Capella Hotels and Ritz Carlton in cities such as Munich, Beijing, Amman and Chengdu.

He will be re-joining Kempinski after his serving as general manager at Qasr Al Sarab Desert Resort by Anantara in Abu Dhabi, United Arab Emirates.

He felt delighted to be a part of it and said that Spain is a beautiful country with warm hearted and energized people. He was looking forward for an exciting journey as the positive vibes he was getting will propel him to steer the hotel as one of the leading hotels in Spain.

He will also be implementing new culinary concept in El Paseo del Mar launched  earlier this year and is known for three fantastic gastronomic venues located within the hotel grounds.